Invicta FC 41 gets date and location; Janaisa Morandin vs. Montserrat Ruiz to headline

Returning from a pandemic-induced hiatus, Invicta FC has gotten the ball rolling on its upcoming schedule.

Invicta FC will be held on Thursday, July 30 in Kansas City, Kan., according to a press release issued by the promotion on Tuesday. The event will stream on UFC Fight Pass.

The event will be held behind closed doors, without fans or media. Fighters will be tested for COVID-19 prior to the event.

Morandin (10-3 MMA) looks to snap a two-fight losing skid after finish losses to Virna Jandiroba and Emily Ducote. The 24-year-old strawweight has dropped three of her most recent four fights.

Mexico’s Ruiz (8-1 MMA) hasn’t competed since her promotional debut at Invicta FC 33 in December 2018. On that card, she lost to former UFC fighter Danielle Taylor by unanimous decision.

Blanchfield (5-1 MMA) aims to keep up her recent success by picking up her third straight victory. Geltmacher (4-1 MMA) looks to get back in the win column after suffering her first career defeat to Victoria Leonardo at Invicta FC 36 in August 2019.

In summary, the current Invicta FC 41 lineup below:

Invicta FC 41 gets date and location; Janaisa Morandin vs. Montserrat Ruiz to headline 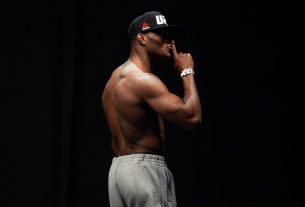 UFC on ESPN 9: ‘Woodley vs. Burns’ Live Results and Highlights