Blowout? Masvidal Opens A 3-1 Underdog Against Usman At UFC 251

Has the Baddest Motherf**ker bitten off more than he can chew?

That seems to be the opinion of the oddsmakers as they set the lines on the as of yet not quite confirmed new headline fight for UFC 251 on July 11th between Kamaru Usman and Jorge Masvidal.

Best Fight Odds has a collection of odds from some of the biggest sportsbooks across the internet, and across the board they sit around -325 for Usman and +250 for Masvidal. For those that aren’t super familiar with the way betting odds work, the bigger the difference between those two numbers, the more likely oddsmakers expect a fight to be a blowout in favor of the negative numbered fighter.

More competitive fights on the card look like Volkan Oezdemir (-160) vs. Jiri Prochazka (+140) or Elizeu Zaleski Dos Santos (+100) vs. Muslim Salikhov (-120). The only fight on UFC 251 with wider odds than Usman vs. Masvidal is the Amanda Ribas (-850) vs. Paige VanZant (+575) fight, which is widely considered to be a purposeful mismatch designed to clown VanZant after she talked s**t about her UFC pay and looks to test free agency.

Stylistically, it makes sense that the bookies would be unsure of Masvidal’s chances. He’s struggled against grapplers in the past, and there’s few men in the UFC let alone the welterweight division who have the wrestling pedigree and MMA application of Usman. But it’s also worth noting that the sportsbooks continue to sleep on Masvidal whenever he’s facing a perceived challenge. Take a look at some of his other underdog odds: He was +170 against a -230 Ben Askren. +175 against -245 Darren Till. And +140 against -180 Donald Cerrone.

So Masvidal has made his name defying the odds over the past two years. Can he do it against Kamaru Usman, who dominated Tyron Woodley and proved he has skills on the feet in a slobberknocker against Colby Covington? I guess we’ll have to wait until July 11th to find out (if the Coronavirus testing goes our way, of course). 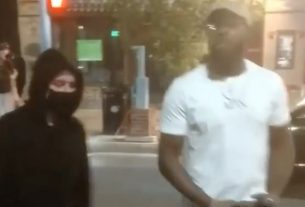 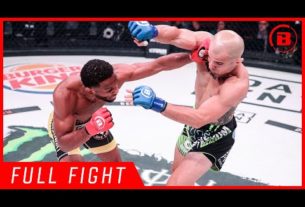