Cage Warriors will return this fall with an ambitious triple-header in England.

The events will be Cage Warriors’ first since Cage Warriors 113 took place March 20 in Manchester just as most of the world was starting to shut down due to the global COVID-19 pandemic.

“We’ve pulled off big events before, but this is something else entirely,” Boylan stated. “(We’ll have) all our biggest names across one weekend. We’re leaving no stone unturned.

“It’s taken a lot of planning, but we’re ready to get back on the road. We’re back to doing what we do best, and that’s showcasing Europe’s best talent and providing the proven pathway to the top.”

‘Fighting the Pandemic’: Recap the remarkable story of Cage Warriors 113 as COVID-19 hit the UK

No actual fights have been announced for the trio of shows, but the promotion said lightweight champion Mason Jones, bantamweight champ Jack Cartwright, flyweight titleholder Samir Faiddine and middleweight champ Nathias Frederick will put their titles on the line. Plus, standouts like Paddy Pimblett, Morgan Charriere, Rhys McKee and Adam Proctor also are expected to be part of the lineups.

The series of events, which Cage Warriors has dubbed “The Trilogy,” will take place without fans in attendance at BEC Arena. The events will stream on UFC Fight Pass. 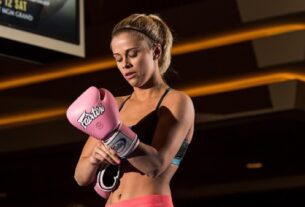