Little more than an hour before UFC on ESPN+ 31 is set to begin, the card lost a notable fight between Gerald Meerschaert and Ed Herman.

MMA Junkie confirmed with a UFC official that the light heavyweight bout between Meerschaert (30-13 MMA, 6-5 UFC) and Herman (25-14 MMA, 12-10 UFC) will no longer take place on tonight’s card at UFC Apex in Las Vegas.

Brazilian news outlet Combate first reported that Meerschaert had tested positive for COVID-19 and was deemed ineligible to compete, and the fighter subsequently confirmed the news and said he’s feeling well (via Twitter).

Tested positive for Covid so fights off. Feel healthy and will do everything I can to keep it that way and keep those around me safe.

Tested positive for Covid so fights off. Feel healthy and will do everything I can to keep it that way and keep those around me safe.

According to a report from theScore.com, Meerschaert tested negative for coronavirus upon his arrival in Las Vegas on Tuesday. He passed subsequent temperate checks, then his test on Friday came back positive. He was immediately isolated and retested on Saturday, which again came back positive. That’s when he was pulled from the fight.

Herman also reacted to the news on social media (via Instagram):

Sorry everyone fights off ! Thanks for the unreal amount of support from everyone words can’t describe #family #teamshortfuse #teamherman

With the removal, the final UFC on ESPN+ 31 lineup includes: 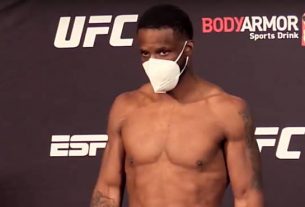 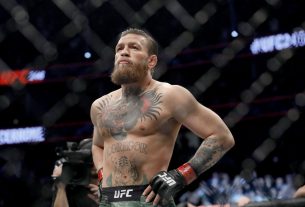