Randy Brown is certainly not viewing himself as the underdog in his upcoming matchup with Vicente Luque.

While Brown acknowledges that facing Top 15-ranked welterweight Luque is a big opportunity, but suggested that the Brazilian’s approach is predictable and open for him to exploit.

“He’s coming forward, hard-nosed, we all know what to expect. Big leg kicks, strong coming forward, throwing bombs. Stylistically, I think that’s a mistake trying to fight me that way, because I think he just gets picked apart, but it’s a great win for me.”

Brown is enjoying his best UFC run, having scored two straight stoppage wins over Bryan Barberena and Warlley Alves. Now he’ll look to halt Luque’s good form, which has seen him claim the victory in seven of his last eight matchups. 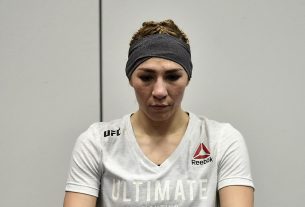