The first time Bobby Green and Lando Vannata threw down back at UFC 216, the duo went to a split draw in an exciting matchup that took home “Fight of the Night” honors.

But there was a similarity to their first fight: It was another exciting affair, and it once again earned best of show honors. Green and Vannata took home “Fight of the Night” after the event at the UFC Apex in Las Vegas, with each competitor netting an extra $50,000.

The evening also featured a pair of noteworthy finishes, which earned two competitors “Performance of the Night” awards.

Jennifer Maia made her case for a shot at flyweight champion Valentina Shevchenko with her biggest career victory. In the evening’s co-main event, Maia (18-6-1 MMA, 3-2 UFC) submitted Joanne Calderwood with a first round armbar. That marked the former Invicta champion’s third win in her past four fights and her first career post-fight bonus.

The final award went to someone who is no stranger to post-fight bonuses. Vicente Luque earned a second-round knockout of upstart Randy Brown in a welterweight fight for his second straight win. Luque (18-7-1 MMA, 11-3 UFC) , too, took home “Performance of the Night,” which is his sixth career bonus. 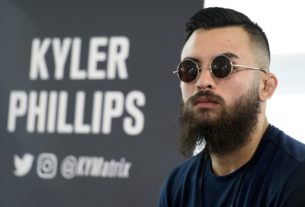