Take a look inside the fight with Souza, who got back in the win column after a loss to Brianna Van Buren 13 months ago.

Souza on the fight’s key moment

“I felt the pace because I (haven’t) fought (since) last year in July. I came for the win. It’s a great feeling for me.”

Souza on persevering in training

“I had a lot of worries in the pandemic times, and this victory, this win, is significant to my team, to my coaches, to my family. I can only say thank you to Brazil, to Dana (White), to Sean Shelby, anyone at the UFC: Thank you for the care with us. UFC is the best organization.”

Souza on what she wants next

“I need to fight more in the UFC. I’m ready for anyone, anywhere, but my dream is to fight on the ‘Fight Island.’ If Dana (White) gives me a chance, I’ll be ready.”

To hear more from Souza, check out the video of the full post-fight interview above. 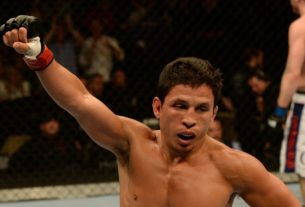