The second half of Bellator’s shows on two consecutive nights has some new additions, including the promotional debut of a former UFC title challenger.

Carmouche in 2013 made history when she became the first woman to step into a UFC cage for a fight when she challenged Ronda Rousey for the women’s bantamweight title. She lost with a first-round submission. In 2017, she dropped to flyweight and after back-to-back wins got a shot at UFC champ Valentina Shevchenko in August 2019. She lost that fight by unanimous decision. Now she makes her way to Bellator with a resume that includes 10 UFC fights, a pair of Invicta FC bouts and three fights in Strikeforce, where she also fought for a title.

Bennett fought on Season 26 of “The Ultimate Fighter.” She fought to a draw with Melinda Fabian at the TUF 26 Finale, which was her only official UFC bout. Most recently, she’s been with Invicta. In September 2019, she won her first two fights in the promotion’s single-night women’s flyweight tournament, but was submitted by Miranda Maverick in the third round of the tourney’s final.

With the additions, the Bellator 246 lineup now includes:

Damian Lillard commends Nate Robinson for stepping into the boxing ring: “A lot of people don’t got the nuts to do it” 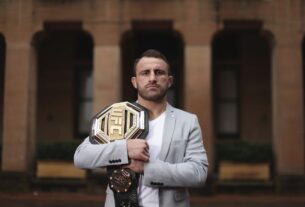