UNCASVILLE, Conn. – The Bellator bantamweight championship finally has a home, around the waist of Juan Archuleta.

Largely a high-action striking affair through five rounds, the fight’s opening five minutes took place mostly on the ground. Mix (13-0 MMA, 2-0 BMMA) snuck under an Archuleta punch to get a takedown. On the back, Mix worked for submissions but came up empty-handed.

The second round was somewhat the same, with Mix getting Archuleta to the mat. After a few dominant-position reversals, Archuleta landed heavy ground-and-pound.

In Round 3, both men opened up and exchanged. Hard shots from each bantamweight loudly clattered off the other’s forehead. Archuleta found perhaps his best success in the latter half of the round, utilizing his boxing.

For the entirety of the fight, Mix pushed the pace with Archuleta doing his best to counterstrike and stand in the pocket. It was no different in Round 4. The striking battle continued through the fourth and into the fifth.

Body shots proved to be the difference for Archuleta in Round 5, as he brutalized Mix’s midsection. When Mix would flinch in anticipation of a body blow, Archuleta would change levels.

The victory marks Archuleta’s second straight as he won his first major promotional title. He has only lost once since March 2015 – a September 2019 unanimous decision defeat to current Bellator lightweight and featherweight titleholder Patricio Freire.

As for Mix, the loss marks his first defeat of his entire career – amateur of professional.

The bout for the vacant bantamweight belt was the main event of Bellator 246, which took place Saturday at Mohegan Sun Arena in Uncasville, Conn. The main card aired on Paramount and streams on DAZN following prelims on MMA Junkie.

UFC on ABC 1 predictions: We’re split down the middle on Max Holloway vs. Calvin Kattar 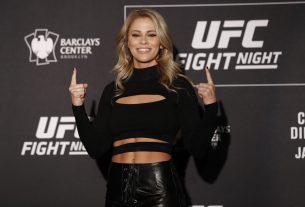 VanZant vs Ribas Rebooked for July 11, Possibly On ‘Fight Island’

GSP explains what it takes to be the GOAT