Skip to content
Dana White on handing Danyelle Wolf a UFC contract: ‘I’ve given people with much less skill shots’

In her very first MMA fight, Wolf (1-0) defeated Taneisha Tennant by unanimous decision Tuesday at Dana White’s Contender Series 33 and was one of three fighters awarded a UFC deal.

It was a back-and-forth battle in which Wolf shined early with her crisp boxing, but Tennant’s experience allowed her to rally in the second half of the fight. White still scored the fight 29-28 in favor of Wolf and explains that, while she still has room to grow, the hundreds of rounds that she spent in the boxing ring should amount to something.

“Normally somebody that’s 0-0 and had a tough performance like that – she fought a girl that was 5-0, though, and was undefeated, and Danyelle hurt her a few times and had her running backwards and putting her head down, things you don’t do unless you’re getting hit really hard, so I’m gonna give her a shot,” White told reporters, including MMA Junkie, at the DWCS 33 post-fight news conference.

“I mean, she’s got like 43 professional fights. It’s not like she can’t fight. It’s not like she’s never been there before. The internet is going crazy saying she lost the fight, and we gave her a shot. Listen, I’ve given people with much less skill shots, so I think she deserves a shot.”

After winning DWCS 33 thriller, Collin Anglin is looking to become a household name

DWCS 33 results: Third time’s the charm for Jordan Williams as he earns one of three contracts

Considering there are only a few women signed to the UFC featherweight division, White sees Wolf as a welcomed addition.

“Our 45-pound division isn’t some deep division as it is,” White said. “She wants to be in the UFC; she’s always wanted to be in the UFC. She fought her way into the UFC tonight, and it’s up to her whether she stays here or not.” 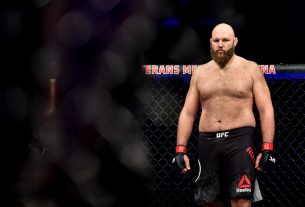 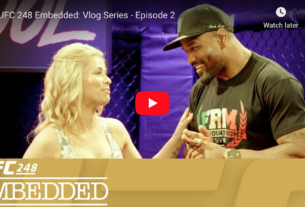 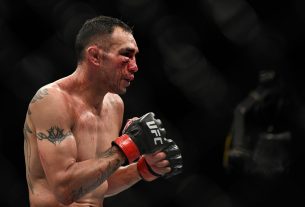