Skip to content
Patricky Freire feels for Dustin Poirier: Bellator ‘would make you feel appreciated and pay you’

Freire, the former Bellator lightweight title challenger, took to Twitter on Wednesday to invite Poirier to Bellator after the former UFC interim lightweight champion failed to negotiate an expected fight against Tony Ferguson.

UFC president Dana White said on Tuesday that Poirier “didn’t want to fight” Ferguson and indicated that he negotiated himself out of the showdown. The American Top Team product fired back, telling MMA Junkie’s Mike Bohn that he wants the Ferguson bout.

Looking at the situation from the outside, “Pitbull” extended a show of support to “The Diamond.”

“Imagine how cool MMA would be if when a promoter doesn’t value their fighters they could go offer their talents elsewhere,” Freire wrote. “Come to @BellatorMMA, @DustinPoirier. I’m sure they’ll make you feel appreciated and pay you what you deserve. And then we can fight.”

Triple Take: If not Dustin Poirier, who should Tony Ferguson fight next?

Poirier, who’s under an exclusive contract with the UFC, has been with the promotion since 2011. The 32-year-old standout has faced the best competition at both 145 and 155 pounds, having defeated Max Holloway to win an interim title in April 2019 before losing to undisputed champ Khabib Nurmagomedov later in the year. Poirier most recently rebounded from that loss with a unanimous decision win over Dan Hooker in June in the “Fight of the Night” at UFC on ESPN 12.

In similar ways to Poirier, “Pitbull” is a fan favorite in Bellator and has put on many exciting bouts for the promotion. He last fought in December 2019 when he lost to Tofiq Musayev via unanimous decision. Prior to that, Freire was on a seven-fight winning streak.


Patricky Freire feels for Dustin Poirier: Bellator ‘would make you feel appreciated and pay you’ 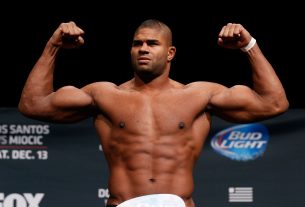