Skip to content
Fight Game on the ‘Gram: Katlyn Chookagian’s best posts before UFC on ESPN+ 38

Social media is part of life in the fight game for most fighters. Many of them turn to Instagram to keep their fans and followers informed and entertained since (for now) its reputation is less vitriolic than some of its contemporaries.

Ahead of her fight against former strawweight champion Jessica Andrade (20-8 MMA, 11-6 UFC), check out some of the most popular Instagram posts from recent women’s flyweight title challenger Katlyn Chookagian (14-3 MMA, 7-3 UFC) over the past year.

Chookagian and Andrade fight in the UFC on ESPN+ 38 co-main event, which takes place Saturday at Flash Forum at Yas Island in Abu Dhabi. The card streams on ESPN+.

Fight Game on the ‘Gram: Katlyn Chookagian’s best posts before UFC on ESPN+ 38

May 30 UFC event to go down in Las Vegas, per Dana White 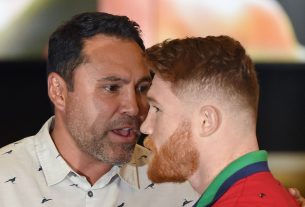