Patricky Freire has provided his first public comments since he was removed from Thursday’s Bellator 249 co-main event just hours before he was set to step in the cage.

Freire (23-9 MMA, 14-7 BMMA), who was scheduled to fight Jaleel Willis (13-2 MMA, 0-0 BMMA) in a lightweight bout, was not medically cleared by the sanctioning body that oversaw the event at Mohegan Sun Arena in Uncasville, Conn. Commission head Mike Mazzulli said the issue was not COVID-19- or weight cut-related, but “Pitbull” was not deemed fit enough to compete.

Freire revealed the culprit behind the situation was labyrinthitis, which is an inner-ear disorder that can cause dizziness, nausea and loss of hearing. Freire said he had an episode before his fight, and it was decided it wouldn’t be safe for him to step in the cage with Willis.

Freire said in a statement on Friday that he’s doing his best to cope (via Instagram):

I really wanted to fight last night. You know how I love to fight and to go through something like this is inexplicable.

I had a labyrinthitis crisis near the time to go to the arena. My team saw I was bad and the fight was cancelled.

I apologize to @bellatormma and @jwillismma. I’m sure it would’ve been a great fight.

Some times things go out of our control, but God knows all things. I’ll be back soon.

Despite his inability to compete, MMA Junkie’s Nolan King reported that Freire and Willis were both compensated for Bellator 249. It’s unknown what the future holds, but if Freire can get healthy, Bellator president Scott Coker didn’t rule out rescheduling the bout. 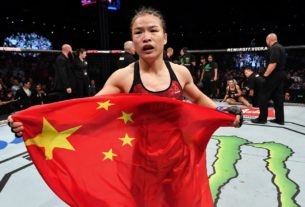