Jonathan Pearce has a new opponent for UFC on ESPN 18.

After Sean Woodson withdrew from his scheduled Nov. 28 lightweight fight for unknown reasons, Kai Kamaka has stepped in to fight Pearce (9-4 MMA, 0-1 UFC) at the UFC Apex in Las Vegas on eight days’ notice.

Two people with knowledge of the matchup informed MMA Junkie of the booking Saturday but asked to remain anonymous as the promotion has yet to make an official announcement.

Pearce looks to rebound from an unsuccessful UFC debut in October 2019. After earning his UFC contract on Dana White’s Contender Series, Pearce was quickly finished by Joe Lauzon at UFC on ESPN 8 in Boston.

Kamaka (8-2 MMA, 1-0 UFC) made his UFC debut on short notice at UFC 252 in August. He took on fellow newcomer Tony Kelley, whom he defeated in a “Fight of the Night” bonus-earning unanimous decision win.

With the change, the UFC on ESPN 18 lineup now includes:

Matchup Roundup: New UFC and Bellator fights announced in the past week (Nov. 18-24) 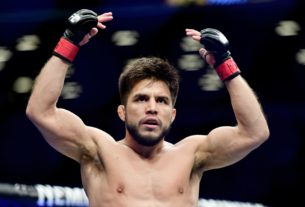