Skip to content
UFC 257’s Brad Tavares: Antonio Carlos Junior ‘weak’ for trying to get intel from my teammate

Brad Tavares is irked by Antonio Carlos Junior’s attempt at trying to get inside information on him.

The pair were initially scheduled to fight in March, but Tavares was forced out after tearing his ACL, which ultimately will cost him all of 2020. Things have been cordial between the Tavares and Junior since the initial booking, but after Tavares found out that “Shoeface” was seeking information about him from one of his training partners, Tavares was bothered.

“I know that my opponent went and called somebody that I train with, that he used to train with, to try and get a little insider trading I guess you can say, and I just laugh at it,” Tavares told MMA Junkie Radio. “You look weak to me when you do that.”

He continued, “He tried to ask and get some intel. I don’t know. It just seems weak to me like you gotta go and do that, but whatever. It’s war.”

Tavares admits he probably could have returned before the end of the year but wanted to be diligent in his comeback to ensure that he returns at 100 percent.

“The physical therapy just really got me back quick,” Tavares said. “But it was one of those things: I sat out for six months or so already, and I probably could have come back a little sooner, but I didn’t want to rush it. I figured there’s no sense. I’ve already been out six months. There’s no sense in trying to get back a month or two earlier and something happens, and I sit out another year.”


UFC 257’s Brad Tavares: Antonio Carlos Junior ‘weak’ for trying to get intel from my teammate 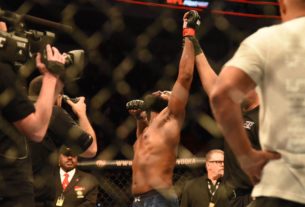 UFC ‘Raleigh,’ The Morning After 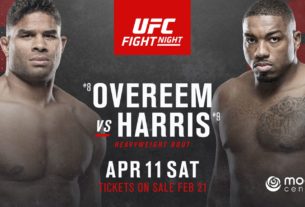