Muhammad Mokaev is ready to take his career to the next level.

Mokaev (4-0) notched four pro wins in the span of four months as a bantamweight, and is now set to drop down to flyweight for his next bout as he sets his sights on his first pro title at 125 pounds.

Targeting a return in February, Mokaev told MMA Junkie he hopes to secure a No. 1 contender bout, then a shot at the Brave CF flyweight tournament winner.

With both men coming from similar amateur backgrounds, it would make for a great story. But, despite the gap in experience, Mokaev likes his chances against fellow former IMMAF amateur champion Torres.

“Jose Torres isn’t as motivated as I am. I follow him, we represent the same team, KHK, but he’s my future opponent and when I saw him in Brave in October, I told him we’re gonna fight soon. I’m hungrier than this guy. This guy’s lifestyle and my lifestyle are different.”

In the quarterfinals of the flyweight tournament, Torres battled to a majority draw with Sean Santella at Brave CF 42 in September and the two are expected to rematch to determine who moves on to the semi-finals.

A fight with whoever ends up winning the tournament would mean a significant jump in competition for Mokaev, but he insists that he’s ready and that this step up is necessary in order to achieve his goal of setting records for youngest champion.

“I’m already feeling strong, and I don’t have much time,” Mokaev said. “I have three years to be the youngest UFC champion, the youngest Brave champion. If guys see me sparring with UFC fighters like featherweights and lightweights, they will understand that I can take some flyweights out and we have UFC fighters in the gym and my wrestling – it’s not about strength, it’s about technique and understanding your energy level, when to spend and when to relax so I have enough experience at the moment.” 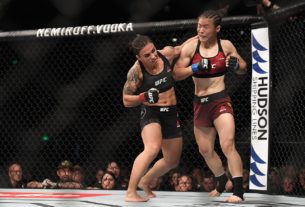 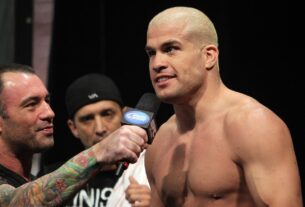 Ortiz Has ‘No Respect’ For Silva After 195 Pound Demand