At LFA 96, bantamweight up-and-comer Mo Miller proved once again he can be a serious problem for his competition.

Taking on Bellator alumnus Regivaldo Carvalho, Miller (5-0) utilized a suplex multiple times – twice in Round 1. The third significant time came midway through Round 2 – and it proved to be the charm.

Miller, 28, elevated his opponent and dropped Carvalho (5-3) right on his head. Carvalho was out upon impact. Follow-up punches occurred, though the damage was already done. Carvalho’s head bounced back and forth before the referee stepped in and waved off the fight.

With the victory, Miller, a former Division II All-American, remains undefeated in his career. After going 6-0 as an amateur, Miller turned professional in August 2019. In five professional fights, Miller has picked up four finishes. 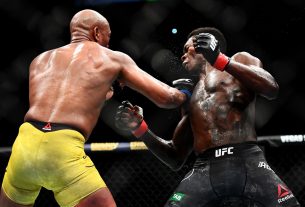 Who’s Ready For That Silva-Adesanya Rematch? 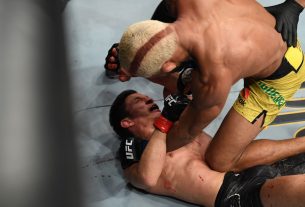