No Chance, Dustin! McGregor Is A ‘Stone-Cold Killer’

Former UFC champion Conor McGregor will make his awaited return to the Octagon against Dustin Poirier at UFC 257 and may actually be better than he ever has been.

This is according to McGregor’s long-time striking coach, Owen Roddy, who recently sat down with The Bash MMA to discuss the return of “Notorious.” Despite everything that has derailed McGregor’s 2020 plans, Roddy confirms that the Irish fighter is in the best shape he’s ever seen him in.

“A killer. Honest to God just a stone-cold killer. One, he’s coming off the Cerrone camp, he was in great form, he was motivated, he was in a good place,” said Roddy. “Then he wanted to go on this run throughout the year, and COVID messed it all up for everybody, but he didn’t stop training. He hasn’t stopped. He’s been very active, working all areas of mixed martial arts, and you can see that now. He’s in the best shape I’ve ever seen him in my entire life.”

McGregor, 32, is coming off a 40-second TKO win over Donald Cerrone at welterweight back in January. When “Notorious” steps inside of the Octagon at UFC 257 on Jan. 23 it will be his first fight in over one year.

While that sort of layoff disrupts most, McGregor is a different animal and should be just fine, especially if he’s been training since his win over “Cowboy.” It doesn’t hurt that McGregor already holds a knockout win over Poirier from their first meeting at featherweight back in 2014, which prompted “Diamond” to move up to lightweight.

“I think Poirier has improved an awful lot since that first fight. I think Conor has improved more since then, as well, you know. They’re definitely two better fighters than they were when they first met, but I still think Conor is just the better fighter,” Roddy explained. “I think he’s too precise. Poirier, his skills have definitely improved. His hands are very good, he’s tough, he’s durable, he sets a good pace, but I just don’t see where he beats Conor, I just don’t see it. Conor’s just too good everywhere, too precise and too clinical with his striking.”

What do you think, fight fans? Will McGregor be better than the last time he fought Poirier? Is he more dangerous at this point in his career? 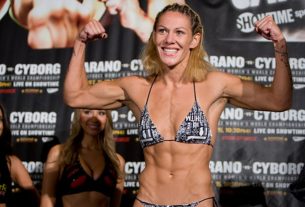 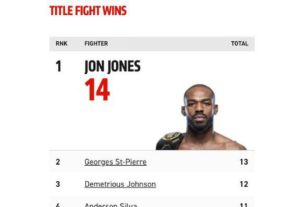