We got some unexpected news Friday night when it was revealed that former UFC middleweight title challenger and overall freak of nature Yoel Romero was released from his contract.

Romero, 43, departs the UFC on a three-fight losing streak. Sadly, the last time we saw him inside the octagon was on March 7, when he challenged 185-pound champion Israel Adesanya at UFC 248 and lost perhaps the most boring and disappointing title fight in UFC history by unanimous decision.

But you know what? Let’s forget about that for a moment. We’re not here to focus on the negative. Instead, let’s focus on the good from Romero’s memorable UFC tenure. Specifically, let’s take a moment to appreciate his insane UFC 213 open workout from June 2017.

It was just a few days before he fought Robert Whittaker for the interim title in Las Vegas. And for roughly six-and-a-half minutes, Romero was up on stage looking absolutely shredded and doing things the rest of us could only dream of – especially then at the age of 40.

You can watch it all in the video above. Warning: Extreme feelings of envy might consume you.

Photos: Yoel Romero through the years 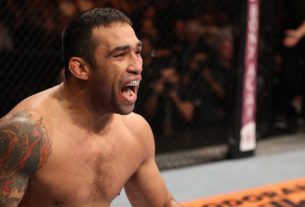 He’s Back! Werdum Battles Oleynik At UFC 250 In Brazil 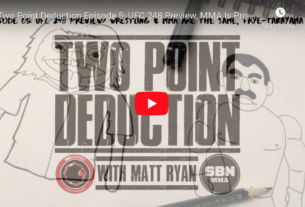