The final night of Cage Warriors’ three-night residency at London’s York Hall is upon us, and the U.K. promotion has stacked the deck with two title fights topping a packed card of fights in the English capital.

There’s championship gold up for grabs in the co-main event, too, with Jack Grant set to take on Agy Sardari for the vacant Cage Warriors lightweight title.

Follow the results with MMA Junkie through the night via our live results and recaps below. 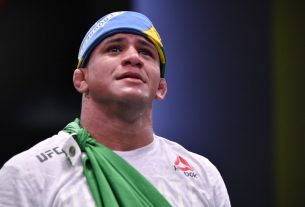