(Click on the fight below and then scroll down to see in-fight live stats and full results, courtesy of Fight Analytics. Full live results for the first UFC 256: Figueiredo vs. Moreno bout from the Apex in Las Vegas is scheduled to begin at 7:30 p.m. ET / 4:30 p.m. PT on Saturday, Dec. 5, on MMAWeekly.com)

UFC 256: Figueiredo vs. Moreno takes place on Saturday, Dec. 12, at the UFC Apex in Las Vegas. It is the promotion’s final Pay-Per-View event of a pandemic plagued 2020. The fight promotion will close out 2020 in Las Vegas with next week’s UFC Vegas 17, which features Stephen Thompson vs. Geoff Neal.

UFC President Dana White and Company restarted the professional sports world with UFC 249: Ferguson vs. Gaethje on May 9 followed by two more events in Jacksonville, Fla., all within an eight-day span.

UFC 256 features a men’s flyweight title bout between champion Deiveson Figueiredo and No. 1 ranked challenger Brandon Moreno. Both are making a quick return after having fought other opponents at UFC 255 in November.

The UFC 256 co-main event pits top lightweight contenders Tony Ferguson and Charles Oliveira against one another in a bout that could determine who remains in title contention. 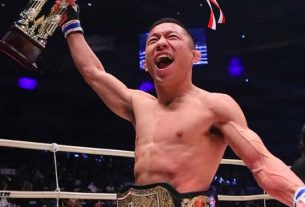