When we look back on 2020, we’ll remember the year largely as an “annus horribilis,” a year to forget, where the sport, and our lives, were hugely impacted by the arrival of the COVID-19 pandemic. However, for some, the year also brought moments of elation and celebration, as a host of MMA fighters made their championship ambitions a reality.

Remarkably, given the turbulent year we’ve just endured, 43 fighters captured championship gold in major promotions across the world as they reached the summit. Some held on to their titles, others lost theirs, and some moved on to pastures new. But for them all, 2020 will go down as a year that saw them earn the accolade every fighter dreams of – being called a champion.

Here, we run down all of the key champions crowned, in chronological order, throughout the year. 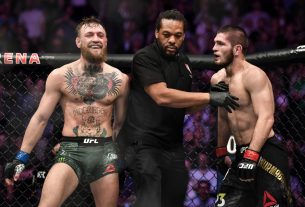 Report: B.J. Penn Under Investigation for Possible DUI in Hawaii