Max Holloway will begin his road back to the Ultimate Fighting Championship (UFC) Featherweight title this Saturday night (Jan. 16, 2021) as he faces Calvin Kattar in the main event of UFC Fight Island 7 on “Fight Island.”

Before then, let’s take a trip back in time to the night “Blessed’s” championship run began. Back in 2016, Holloway found himself locked in the cage with former Lightweight champion Anthony Pettis — who was making the drop down to 145 pounds in search of gold there — in the main event of UFC 206. That said, Pettis was ineligible to win the title that night after he failed to make championship weight.

For nearly three rounds, both men were content with an all-out striking battle, with each combatant finding success. Holloway was clearly getting the better of the exchanges, busting up Pettis’ eye. In the closing seconds of the third round, “Bless” clipped showtime with a nice body kick and followed it up with another solid strike, forcing the former 155-pound champion to crumble to the canvas.

From there, Holloway piled on the punches before the official on duty put an end to the fight, giving “Blessed” the interim title. Now, Holloway will look to insert himself back into a potential trilogy fight against current champion, Alexander Volkanovski (or rematch against Brian Ortega) with a win over Kattar.

Bellator 253: Make your predictions for Darrion Caldwell vs. A.J. McKee 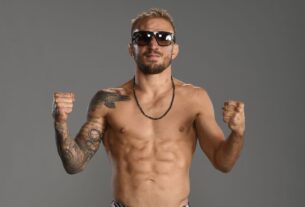 Matches To Make After UFC Vegas 32 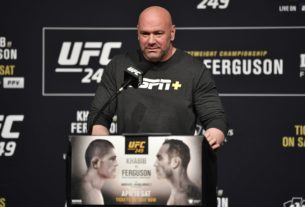 ‘How Long Can We Keep The World Shut Down?’