“Tobikan Judan” sees his first action of 2021 next week, when he faces MMA Lab fighter James Nakashima in Singapore in a lightweight contest.

ONE Championship officials recently announced that Shinya Aoki (45-9) vs. Nakashima (12-1) will serve as the featured MMA fight at “ONE Championship 126: Unbreakable,” which takes place Jan. 22 at Singapore Indoor Stadium.

As with all ONE Championship events, the card streams on B/R Live.

Fighting professionally since 2003, Japan’s Aoki has competed almost exclusively in Asia for famed organizations such as PRIDE, DREAM, Shooto, DEEP and Rizin FF, though most recently he’s fought 13 times under the ONE banner, briefly holding the promotion’s lightweight title. Aoki currently stands at 6-1 in his previous seven contests and remains one of the most dangerous submission artists in the game, with 29 of his career wins earned via tapout.

Meanwhile, Nakashima returns to action for the first time since a failed bid for the ONE welterweight title in November. The fourth-round loss was the first setback of Nakashima’s professional run after opening his career undefeated through his first 12 appearances.

The ONE Championship 126 main event sees ONE bantamweight kickboxing champ Alaverdi Ramazanov put his title on the line against Thailand’s Capitan Petchyindee Academy.

The full MMA lineup for ONE Championship 126 includes: 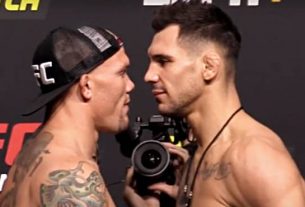