Michael Chiesa loves being an analyst, but his end goal is commentary for UFC

Michael Chiesa is looking to take his career behind the desk to the next level.

He’s become a familiar face on the analyst table, but Chiesa’s aspirations don’t stop there. He hopes to follow in the footsteps of a few fellow fighters and eventually transition into live fight commentary.

“I want to be a (Daniel Cormier), a Dominick (Cruz), a Paul Felder. I love being an analyst, but the end goal is commentary,” Chiesa told MMA Junkie. “I put everything into this sport in my life. I am all in. This is all I’ve done for the last 13 years, so I’m very passionate about it. And I know that the people that have hired me to do the analyst work, they see the passion is there and they know I’m eager to get to that point. But their exact words were, ‘You’ve got to learn how to walk before you can learn how to run.’

“So I’m still learning how to be the best analyst I possibly can. But the meat and potatoes of my career is fighting, and I’m excited to get back to the thing that I love the most. I love competition, and I love fighting. I love training camp. I love everything that comes with this process, and I feel like I got further into a new foray in my career and established myself well and was able to take a break from that at the right time to get back to what’s most important, and that’s competition.”

Chiesa found a way to be productive during his injury layoff, but is fully focused on climbing the welterweight rankings. He returns Jan. 20 when he faces Neil Magny in the UFC on ESPN 20 main event, and while he’s making progress as an analyst, fighting comes first for “The Maverick.”

“The most important goal for me is becoming world champion,” Chiesa said. “The other stuff is more end game, but I want it all right now. But it’s most important for me to focus on Neil Magny, and that’s what I’ve done for the last three months is focus on Neil. So I’m just excited for this opportunity to compete in the main event, and I’m going to seize the opportunity and then I’ll get back to the desk work when I get done.”

Photos: Michael Chiesa through the years


Michael Chiesa loves being an analyst, but his end goal is commentary for UFC 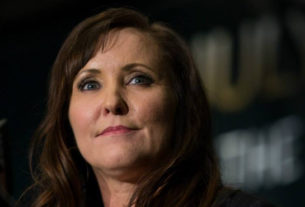