While Ultimate Fighting Championship (UFC) President Dana White dubbed Abu Dhabi the new fight capital of the world thanks to the success of multiple events staged on “Fight Island” in the midst of the COVID-19 pandemic, Las Vegas is still and always will be the original.

And the promotion could be coming back home once its trio of events scheduled from Jan. 1, to Jan. 23 wraps its month of January events. According to MMA Junkie, the Nevada State Athletic Commission (NSAC) has approved UFC’s application to stage four events in the month of February in “Sin City.”

It should come to no surprise, really, as coronavirus is still running rampant and other states are still abiding by shutdowns and social distancing protocols, which means sport fans are not allowed in arenas at full capacity. That means UFC 258 — which is set to go down on Feb. 13 and features a Welterweight title fight between Kamaru Usman and Gilbert Burns — will likely go down inside UFC APEX.

While approved, the promotion could very well stay on “Fight Island” — especially with accommodations like this — for another month if Dana White and Co. choose to do so. But they now have the option to come back to Las Vegas if the sandy beaches an sunny weather of Abu Dhabi become a drag. 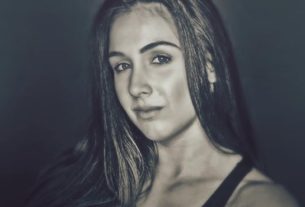