The UFC kicks off its 2021 campaign on Saturday with UFC on ABC 1, which marks the promotion’s return to network television.

Headlining the card on ABC, which follows prelims on ESPN+, is a high-stakes featherweight clash between former longtime champion Max Holloway (21-6 MMA, 17-6 UFC), who looks to snap a two-fight losing skid, and the red-hot Calvin Kattar (22-4 MMA, 6-2 UFC).

For more on the numbers behind the main event, as well as the rest of the card, check below for 45 pre-event facts about UFC on ABC 1. 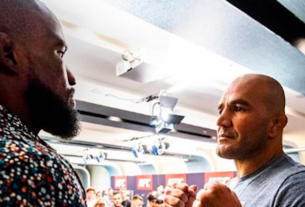