Ferguson had been linked to a fight against fellow former UFC interim lightweight champion Dustin Poirier last October at UFC 254 until Conor McGregor entered the equation. Once McGregor spoke up about wanting to run it back with Poirier and doing so for charity, things shifted.

Eventually the UFC got involved and booked a rematch at UFC 257. After knocking out McGregor this past Saturday in their headliner on “Fight Island,” Poirier has taken to Twitter declaring himself the UFC 155-pound champion, despite no title at stake against McGregor, since Khabib Nurmagomedov remains retired.

That’s where Ferguson came in with a direct response late Sunday night (via Twitter).

“Good fight, but you dodged me, kid,” Ferguson wrote, accompanied by the hashtag #SeeYouSoon.

Good Fight But You Dodged Me Kid. # SeeYouSoon -Champ

With his finish of McGregor, Poirier seemingly has sealed a shot at a would-be vacant title. He also expressed interest in a McGregor trilogy or fighting Nate Diaz during the UFC 257 post-fight news conference.

If Poirier were to fight for the title, his preferred opponent seems to be Charles Oliveira, who is riding an eight-fight winning streak and most recently dominated Ferguson to a unanimous decision at UFC 256.

That makes it hard to envision a scenario in which Poirier would fight consider a fight with Ferguson next. Ferguson, who had been on a 12-fight winning streak, had it snapped in 2020 and is riding the first two-fight skid of his career after being finished by Justin Gaethje and the Oliveira loss.

Dustin Poirier wary of long-term dangers of fighting: “I know that what I’m doing isn’t good for myself” 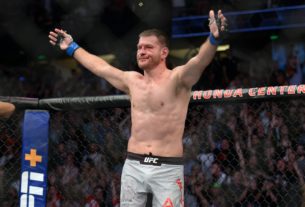 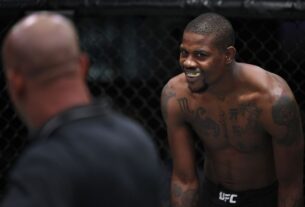