According to a report by the The Courier in Waterloo, Iowa, Fulton’s charges were unsealed Friday in U.S. District Court in Cedar Rapids. Fulton was given a trial timeline of April and pleaded not guilty.

The charges, according to The Courier, allege Fulton, 43, attempted to recruit a minor to engage in taking sexually explicit photographs in November 2020. Fulton also is accused of possessing a flash drive with pornography featuring a minor under the age of 12.

Fulton is awaiting trial for domestic assault charges from a September 2019 incident in which he was accused of hitting and threatening a woman. The woman suffered multiple injuries and required medical treatment. But Jan. 28, Fulton and the woman were detained when they were spotted together at Isle Casino Hotel in Iowa in violation of a restraining order.

Fulton is known in MMA for the unparalleled length of his professional career. According to Tapology, Fulton (257-55-10) has competed in 323 pro MMA fights since July 1996. He most recently fought in MMA in April 2019 when he defeated Shannon Ritch at Road to M-1 USA 2. 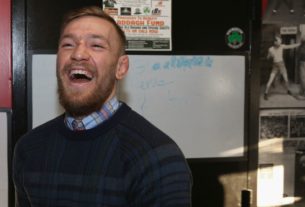