Boggled Bizzy Gets His Own Highlight

To be fair, I think a lot of people watching UFC Vegas 19, which took place last Sat. night (Feb. 20, 2021) inside APEX center in Las Vegas, Nevada, had the same reaction as UFC color commentator and former middleweight champion Michael Bisping.

“The Count” lost his shit when Derrick Lewis knocked out Curtis Blaydes.

Probably because “Razor” not only went down, but went down so hard and so stiff he practically became part of the facility’s foundation. That just shows you what can happen when someone with the power of “Black Beast” lands clean on the button.

It’s not screaming Joe Rogan; but then again, what is?

Bisping has done a nice job settling into his role at the commentary desk, blending his UFC experience with the passion of a fight fan. Let’s hope we get more of “The Count” when the promotion returns to “Sin City” this weekend for UFC Vegas 20.

To see that fight card and lineup click here. 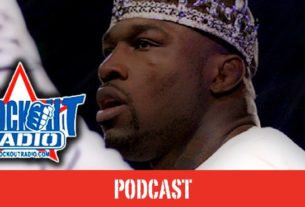