Triple Take: Who should rightfully be next for a UFC heavyweight title shot?

Thanks to his huge one-punch knockout of Curtis Blaydes in the main event of UFC Fight Night 185 on Saturday, Derrick Lewis now finds himself right in the middle of the title picture in the heavyweight division.

But his next step is far from certain. Stipe Miocic is set to face Francis Ngannou in a heavyweight title rematch at UFC 260 on March 27. Fellow contenders Jairzinho Rozenstruik and Ciryl Gane meet Saturday in the UFC Fight Night 186 main event. There also is the imminent arrival in the division of a new contender by the name of Jon Jones.

It all means the heavyweight title picture is looking pretty crowded. So who should rightfully get the next shot at the title after the Miocic-Ngannou rematch?

That’s the question we posed to MMA Junkie staff members Farah Hannoun, Simon Head and Nolan King, who offer their takes on how they’d book the next heavyweight title fight post-UFC 260.

Triple Take: Who should rightfully be next for a UFC heavyweight title shot? 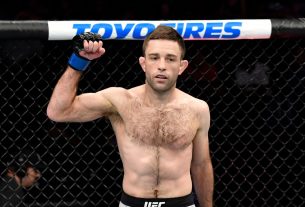 Hall vs Ige In The Works For March 13 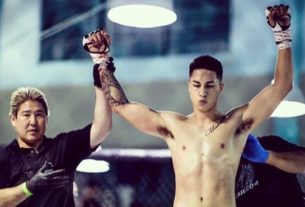 Nainoa Dung on Bellator 236 bout: ‘It’s my time to take over’