Following Dominick Cruz’s callout of Molenkamp after his UFC 259 victory earlier this month, others have come out to back up Cruz’s claims or share their similar experiences. Fresh off his decision win over Casey Kenney, Cruz challenged Molenkamp to a charity boxing fight in the wake of feeling used by Molenkamp, as he claims to have been forced to promote Molenkamp’s social media profile in order to avoid his Monster sponsorship contract being terminated.

Monster is one of the UFC’s and Bellator’s official sponsors, and the energy drink company sponsors many athletes in MMA.

Now, a former photographer for Monster, who worked closely with Molenkamp, has opened up about his experience and shared more details on the allegations.

“If you look at his social media, it seems he’s the cool guy, the fun guy,” photographer Courtney Hendo said in a video on his personal YouTube channel. “He’s around all these elite fighters. you know. He’s the cool guy, but behind the scenes, these guys are forced to interact with him. They’re forced to do all the antics, get the Monster can kicked out of their hand, and do all this stupid stuff and these crazy, funny videos. They’re forced to do that.

“If they don’t do that, what happens is that they will lose their contract. They’re pretty much held hostage. And that was the same thing with me.”

Dominick Cruz had plenty to say about Hans Molenkamp after his win at UFC 259. (MMA Junkie)

Hendo began combats sports photography by taking photos at Alliance MMA in San Diego, Cruz’s home gym. Through his work there, that’s how Hendo met Molenkamp and how he eventually was hired by Monster.

Hendo claims the relationship went south when he stopped doing fighter shoots and became more of a personal photographer for Molenkamp’s social media. Hendo also alleged to be mistreated by Molenkamp and even “blackballed” after quitting on him.

Dominick Cruz explains callout of Monster Energy executive: ‘You can’t use me to get clout’

According to Hendo, Hans told UFC fighters and gym owners that if they worked with Hendo they’d lose their sponsorship contract with Monster.

“‘If you do business with Courtney, you lose your contract.’ Hendo said regarding the message Molenkamp sent to his contacts in the MMA industry. “So ultimately, I couldn’t work in MMA, I was blackballed. And since I was blackballed, I damn near went homeless, and that’s the truth. I couldn’t make money in the sport – the field I built my career on. But I was blessed enough to save some money on the side to open up my studio, and it took me two years to get this thing going, and I had to sleep on the floor until I got this thing up.”

Hendo said a Monster sponsorship contract typically pays fighters anywhere from $5,000 to $10,000 a month. He said he chose to speak out in hopes to be a voice for those under contract with Monster who are unable to speak on the matter out of fear.

“Hans has these people under control. He has them hostage,” Hendo said. “He’s using them. He’s extracting their clout and hard work and their fame to make his platform and all of his side businesses bigger, but it has nothing to do with Monster. If you don’t believe me, do your own due diligence.”

In a short statement to MMA Fighting last week, Monster Energy said they’re looking into the allegations made by Cruz. 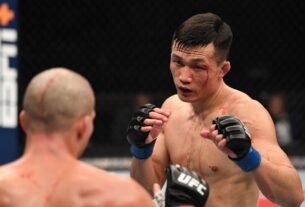 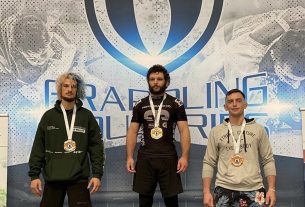 After beating Robbie Lawler, Neil Magny down to rebook Geoff Neal fight to prove a point