Four UFC event applications have been approved by the Nevada Athletic Commission for the month of April.

The NAC’s monthly meeting was held Tuesday via conference call with all five commissioners present. The governing body swiftly granted approval for events on April 10, April 17, and April 24 at the UFC Apex in Las Vegas.

The event license approvals don’t mean the UFC will certainly hold events at the UFC Apex, as exemplified by UFC 261 on April 24. On Monday, UFC president Dana White announced UFC 261 will happen at VyStar Veterans Memorial Arena in Jacksonville, Fla., without capacity limits on the crowd.

Various fights have been revealed for the April stretch: 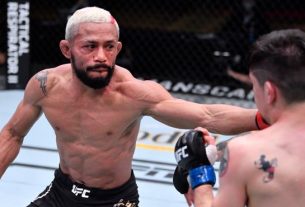