Matches To Make After UFC Vegas 22

Who He Should Face Next: Jared Cannonier

Brunson picked up a big win over Holland to extend his win streak to five, giving him a nice opportunity to move up a spot or two on the official UFC rankings. Darren Till (No. 4) and Marvin Vetorri (No. 5) are in line to face one another soon, so the only fight available that makes sense for Brunson is one against Cannonier. Ranked No. 3, Cannonier hasn’t competed since losing an arm-breaking defeat at the hands of Robert Whittaker. If Brunson can take out “Killa Gorilla,” it should secure him a shot at the strap. Assuming it’s impressive enough for Dana White.

Who He Should Face Next: Sergei Pavlovich

Tuivasa picked his second consecutive win for the first time in nearly 2.5 years last night by knocking out UFC newcomer Harry Hunsucker. For his next fight, I’m very much feeling a potential scrap against Pavlovich. Like “Bam Bam,” Pavlovich is currently riding a two-fight win streak. He was set to face Ciryl Gane in Aug. 2020 but was forced out with an injury. If he’s healthy enough to return soon, a big man matchup against Tuivasa should be waiting for him.

Who He Should Face Next: Anthony Birchak

Yanez extended his win streak to six after delivering an absolute monster finish over Gustavo Lopez in their Bantamweight bout. A fight against Birchak should be an interesting one. They both love to bang it out on the feet and are both exciting as they come. Birchak’s last win also came against Lopez, before his comeback was delayed. Indeed, Birchak was set to face Johnny Eduardo last night, but visa issues forced Eduardo out of the fight. If Yanez is interested in a quick turnaround. A fight against Yanez seems like a good fit.

Who He Should Face Next: Geoff Neal

I love it when fighters call people out. And no I don’t mean Miley Cyrus. After flattening Kenan with a vicious knockout, Griffin took his opportunity to make UFC matchmakers’ life a bit easier and called for a fight against Geoff Neal for a Texas-sized showdown at UFC 262, an interesting fight to say the least. Neal suffered the first loss of his UFC career at the hands of Stephen Thompson in Dec. 2020, so he’d love nothing more than to get back on track. Both monsters crack hard, so it would be a favorite for a post-fight book us award. Book it.

Who She Should Face Next: Kay Hansen

Ruiz made the most of her opportunity by defeating Cheyanne Buys in a short notice fight. The former Invicta FC fighter is now on a two fight win streak and has won 10 of her first 11 MMA fights so far. Up next for Ruiz should be a fight against Hansen. After all, she is the one Ruiz stepped in for, so UFC should reward her with that fight. Hansen suffered a loss against Cory McKenna in her last UFC outing, so she needs a good win to get back in the swing of things after wowing fight fans in her UFC debut. “Conejo,” meanwhile, can keep her momentum going with another underdog win. 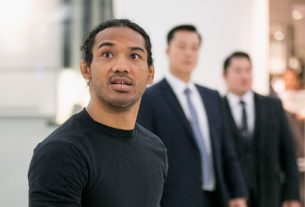 MMA’s week out of the cage: Dustin Poirier gets key to city of Youngsville