Video: Khabib reveals a return from retirement was never even a consideration

Dana White is a man that’s used to getting what he wants, but trying to wish Khabib Nurmagomedov back into competition after the Dagestani champion decided to retire was just never going to happen. That seemed obvious to everyone who saw Khabib collapse in emotion after winning his 29th fight against Justin Gaethje, a match that saw him battle through injuries and mumps and the death of his father.

Nurmagomedov announced his retirement that night, the 24th of October 2020. We’re five months later and White has finally stopped trying to get Khabib back in the cage for fight number 30. On March 19th, White posted “29-0 it is. He is officially retired,” on his Instagram.

Speaking with Megan Olivi during the UFC Vegas 22 post-fight show, Khabib revealed there was never really any chance White could change his mind. All the big headlines about important meetings between White and Khabib? Possible returns? A superfight with GSP? Wolf tickets, apparently.

“No [I never considered coming back], but Dana called this official,” Nurmagomedov said. “I retired like five, six months ago. It’s very funny. Dana told me when he posted this, he said someone write me comment about, ‘He retired not today, he retired like five months ago.’ It’s funny a little bit, but we have some conversations with Dana a couple of times. Like two days ago, we meet with him, sit, talk like two real men. We have a very good conversation with him, good dinner.”

“I really appreciated [Dana]. Everything what he did, not only for me, but for all this sport. Because UFC’s a big platform. A lot of people around the world because of UFC make money and give food for his kids, for clothes. They’re doing a great job. That’s why I want to say thank you to all UFC team.”

“Lorenzo [Fertitta], Dana, everyone who signed me, Joe Silva, like everybody, Sean Shelby. These guys are doing a great job. Because of these people, a lot of people have money, they have food for their family. Thank you guys.” 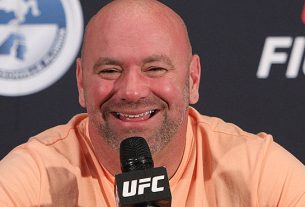 Antonina Shevchenko seeks consistency at UFC 262: ‘I have to win and win’ 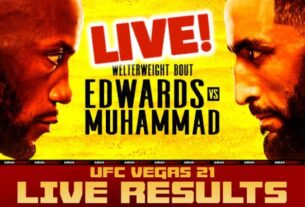