The UFC welterweight contender has struggled in recent years with many circumstances that have hindered his climb to a title shot. Edwards (18-3 MMA, 10-2 UFC) returned to the octagon for the first time in 20 months to headlined UFC Fight Night 187 vs. short-notice replacement Belal Muhammad, who filled in for Khamzat Chimaev. The bout ended in anticlimactic fashion when an accidental eye poke from Edwards led to a no contest.

Edwards hasn’t been able to capitalize and turn his current eight-fight winning streak into a shot at the UFC welterweight crown. The pandemic, a tough time landing highly ranked opponents, and now the no contest in his return have made it difficult for the Englishman to land a championship fight.

The 29-year-old is hoping to get a quick turnaround and land a fight with fellow top contender and former UFC interim welterweight champion Colby Covington.

Video: Was Leon Edwards nuts to say he should’ve been next for Kamaru Usman?

In the video below, Edwards is seen soon after his bout with Muhammad breaking down in an emotional video call with his mother.

While speaking with his mother, Leon Edwards let his emotions out about another frustrating result amid an already difficult year. 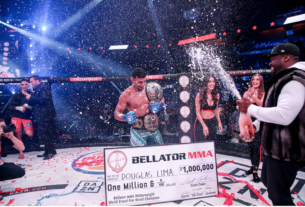 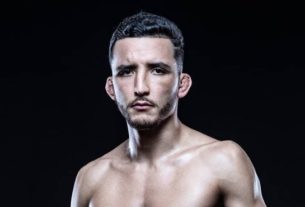