Back on a win streak, Travis Davis hopes to get a call to be on Contender Series

After having to wait 11 months to get back into the cage in 2020 due to Covid restrictions, to be able to get his first bout of 2021 in early on was a big thing for middleweight Travis Davis.

At OCL 11 on March 6, Davis picked up his second win in a row with a second round submission of Ryan Parker to kick off his year in a positive way.

“(Parker was) definitely a little bit bigger than I thought he’d be, and did a really good job keeping my back against the cage, but I was landing good shots from there and mixing up my takedowns and stuff,” Davis told MMAWeekly.com. “I was keeping him guessing the whole time.

“I planned on taking it to the ground and getting the submission, but I ended up running out of time in the first. In the second round I got the double, passed into the side mount and started looking for the head and arm, and he tapped.”

Having such a log gap between bouts in 2020, for Davis to turn around and compete just a few months after his last match made it easier for Davis to stay fight-ready.

“As a fighter there’s so many things in your everyday life that can take you out of your game,” said Davis. “I’m like a yo-yo dieter. I eat real healthy and clean when I’m in camp, but as soon as I’m out of camp it’s like donuts and a lot of other crap, and then I’ve got to try to lose it all.

“If I’m injury-free it’s easier for me to go from fight to fight to fight. I feel like I’m in the prime of my fighting career, so I don’t want to waste time, so it was awesome able to get two fights in like four months. Hopefully I’ll be getting another call for a fight here soon.”

As he goes through the fifth year of his pro MMA career, Davis feels like he’s bringing a level of maturity to his bouts that he hadn’t had before.

“The biggest thing that I’ve learned, and it’s taken me the most time, is to take my time,” Davis said. “I feel like at this point in my career and where I’m at my striking is very good, my grappling is really good, my wrestling is good, so I’ve put everything together, but I’ve been overzealous sometimes in my fights and try to get the finish right away.

“I’ve been trying to reel myself in and tell myself that I don’t need to hit him first; I can move around and get his timing down. Once I started to learn timing, and the distance and range of striking it changed everything for me.”

Looking ahead to the remainder of 2021, Davis is not only looking to make headway in his MMA career, but in other combat sports as well.

“Right now I’m kind of just doing one fight at a time, getting my record back in the win column,” said Davis. “I’m hoping something like Contender Series open up this summer. If something came up on The Ultimate Fighter I would take that opportunity.

“I’m looking to do some boxing again. I’m 4-0 in boxing and they’re looking to do a show here on May 1, so I’m going to focus on that right now.”

Back on a win streak, Travis Davis hopes to get a call to be on Contender Series

UFC on ESPN 21: Make your predictions for Derek Brunson vs. Kevin Holland 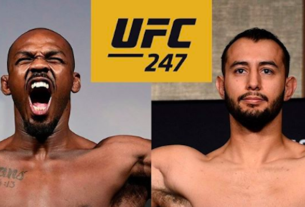