The Countdown video for UFC 260 has dropped, featuring behind the scenes looks at Stipe Miocic and Francis Ngannou as they prepare for their heavyweight title fight on March 27.

With the featherweight title fight between Alexander Volkanovski and Brian Ortega delayed due to COVID-19, this Saturday March 27th’s UFC 260 event is looking a bit thinner. Also looking thinner: the UFC 260 Countdown show, which undoubtedly had a lot of great footage of Volkanovski and Ortega preparing for their scrap. Maybe that footage will show up for a future PPV event / Countdow show, or maybe the two duke it out at the top of a Fight Night and we never see this half of their Countdown.

Whatever the case, there is basically no ‘full’ Countdown episode at the moment. Instead, only the half hyping up the heavyweight title fight between champ Stipe Miocic and Francis Ngannou is available. But hey, that’s still a pretty epic clash. A rematch of their January 2018 fight, Ngannou will be looking to avoid getting outwrestled badly again like he did in their first encounter.

Three years and a 4-1 record separate Ngannou from that last drubbing from Miocic, while Miocic has since gone 2-1 in a trilogy of fights against Daniel Cormier. Will Miocic still be able to nullify the heat that comes off Ngannou’s hands? Will he look as good against the 34 year old Cameroonian as he did against 41 year old Daniel Cormier? 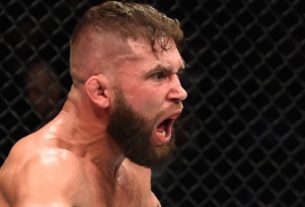