Bantamweight sensation “Sugar” Sean O’Malley returns to the octagon on Saturday on the UFC 260 main card against Thomas Almeida. Despite losing his last fight, O’Malley still considers himself an undefeated fighter. During the UFC 260 Media Day on Wednesday, O’Malley explained why he feels that way.

The 26-year old O’Malley also addresses how he’s dealt with backlash and criticism as well as how fatherhood has impacted his life and training. Hear everything O’Malley had to say including where he believes that he fights into the bantamweight division.

TRENDING > Take a look back at every Khabib Nurmagomedov UFC finish

Duke Roufus: “I’m seeing the best Anthony Pettis that I’ve seen in a while” 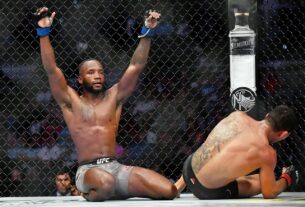