In the main event of UFC 260 – which goes down this Sat. night (March 27) in Las Vegas, Nevada – Miocic will once again put his 265-pound title on the line against Francis Ngannou after defeating him at UFC 220 in Jan. 2018. But before that happens, let’s look at Miocic’s final fight against “D.C.,” which finally put an end to their long rivalry.

After splitting the first two title fights, Miocic and Cormier finally faced off in a long-awaited trilogy fight in the main event of UFC 252 in Aug. 2020. In the first fight, Cormier was able to knockout Miocic to claim the 265-pound title in the very first round at UFC 226. A year later, Stipe returned the favor, stopping “D.C.” via strikes in the fourth round at UFC 241.

The third fight didn’t end in dramatic fashion because it went all five rounds, with both men putting it all on the line for 25 minutes of action. In the end, Miocic did enough to earn a unanimous decision win to retain his title. Many point to an inadvertent eye poke from the champ in round three that seemed to both Cormier for the remainder of the bout, but at the end of the day Miocic did what he had to do to impress the judges.

Cormier retired shortly after the loss, while Miocic once again went on a long hiatus, much to the chagrin of Ngannou, who has been sitting on the sidelines waiting for another title fight going on 10 months now. 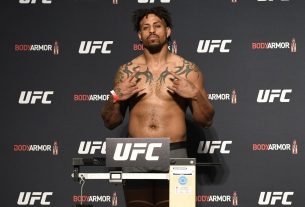 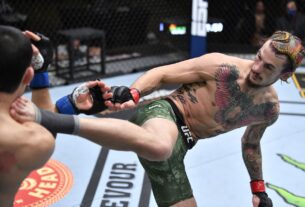