It’s been well over two years since these two first met inside the Octagon, a night that saw Miocic’s veteran experience and wrestling skill nullify his foe’s power and aggression. Since then, however, there are reasons to believe the result may change. Miocic has been through a trio of wars with Daniel Cormier, and at 38 years of age, he’s no longer a young athlete even by Heavyweight standards. Meanwhile, Ngannou has built up a bit more experience, and he’s lost none of his explosive power. At the same time, he’s also shown little new to his game.

There’s really no way to know what’s going to happen until they step in the cage! Let’s take a closer look at the keys to victory for each man:

In this bout, Miocic is likely to face a more patient “Predator.” If not, ducking in on the hips again beneath wide swings is the obvious strategy a second time. Assuming Ngannou does not repeat that mistake, however, Miocic has to win the distance battle.

In their first bout, Miocic found great success with his jab. His lead hand was educated, the strike hidden by feints and movement, whereas Ngannou’s was thrown at one speed with little trickery. Miocic can further expand on that advantage by jabbing to the body, which will also help set up his takedowns.

If there’s one major change I’d like to see Miocic make, it’s to shift his top control a bit. There were times in the first fight where Ngannou was absolutely exhausted, but Miocic failed to capitalize in any meaningfully violent way. Every second Ngannou is in the cage is a risk, so finishing him should be a priority.

If Miocic finds a chance to insert a hook as his foe turns away or take mount in the center of the Octagon, he should take it.

Opposite Miocic, I’d like to see Ngannou patient. He has five rounds to work, and in the rare occasions his fights have gone past the opening frame, “Predator” has carried his power. Ngannou has to understand that he’s one clean connection away from taking home the belt, and he has 25 minutes to find that moment.

He doesn’t need to chase the early finish.

At distance, I’d like to see Ngannou double down on his calf kicks. He whips his low kicks nicely, and the calf kick presents little chance of a takedown counter. If he can slow Miocic’s feet, it will help force the champion to engage him in the pocket — just what the Cameroonian athlete wants.

The stakes are substantial even beyond the title.

Miocic is currently hailed as the great Heavyweight in UFC history, and he’s earned that crown. However, if he’s to surpass Fedor Emelianenko as the all-time Heavyweight great, there is still work to be done. Stopping a more mature — yet equally deadly — Ngannou a second time would be one hell of a statement, particularly since the odds are strong that Ngannou will eventually take the title if and when Miocic retires.

Speaking of “The Predator,” it does seem like a near guarantee that he captures the title eventually. He’s too young and too powerful not to eventually connect on a champion’s chin. From a career perspective, however, losing twice to Miocic would be difficult to erase, even if Ngannou eventually goes on to capture and defend the crown. This is Ngannou’s chance to prove that his 2018 self was simply too inexperienced, an opportunity to demonstrate his growth.

For either man, the likely next step is a high-profile defense vs. Jon Jones. That’s a big money fight, one that could change the champion’s profile dramatically.

Remember that MMAmania.com will deliver LIVE round-by-round, blow-by-blow coverage of the entire UFC 260 fight card right here, starting with the early ESPN/ESPN+ “Prelims” matches online, which are scheduled to begin at 7 p.m. ET, then the remaining undercard balance on ESPN/ESPN+ at 8 p.m. ET, before the PPV main card start time at 10 p.m. ET on ESPN+ PPV.

To check out the latest and greatest UFC 260: “Miocic vs. Ngannou 2” news and notes be sure to hit up our comprehensive event archive right here.

At UFC 260, Stipe Miocic and Francis Ngannou will battle a second time. Which man remains standing when the dust settles? 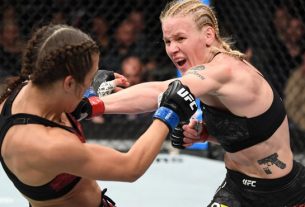 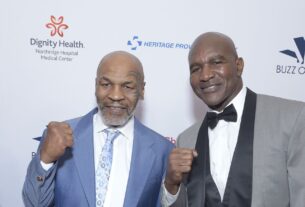