The UFC’s fourth numbered event of the year featured a title change in the headliner when Francis Ngannou claimed heavyweight gold from Stipe Miocic at UFC 260.

Ngannou (16-3 MMA, 11-2 UFC) closed Saturday’s card, which took place at the UFC Apex in Las Vegas and aired on pay-per-view following prelims on ESPN and ESPN+, with a second-round knockout of Miocic (20-4 MMA, 14-4 UFC) to begin the 17th title reign in UFC heavyweight history.

It was an unforgettable night for Ngannou, but he wasn’t the only one to register a spot in the record books at UFC 260. For more, check below for 40 post-event facts. 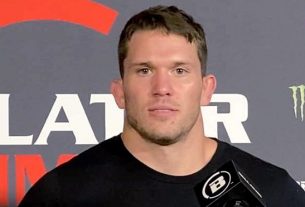 UFC on ESPN+ 27 salaries: How much did Figueiredo, Benavidez take home from Norfolk?