Adriano Moraes: I’ll be a step ahead of Demetrious Johnson at ONE on TNT 1

ONE flyweight champion Adriano Moraes knows he has a stern test ahead of him but is confident that he’s up for the challenge.

Moraes (18-3) defends his title against former UFC flyweight king Demetrious Johnson (30-3-1) in the main event of “ONE on TNT I: Moraes vs. Johnson,” which airs live on TNT in primetime in the U.S. on April 7.

The pair were initially scheduled to square off in April 2020, but that event was canceled due to the ongoing global pandemic. Of course, Johnson – who sits at No. 4 in the USA TODAY Sports/MMA Junkie pound-for-pound rankings and No. 1 at flyweight – was on Moraes’ radar well before that, and while the Brazilian lauds “Mighty Mouse” for his incredible skills, he thinks he matches him in every aspect of the game.

“Johnson is a high-level athlete,” Moraes told MMA Junkie. “It’s hard to find any holes at all in his game. He’s super dynamic, with infinite stamina. He’s knowledgeable everywhere. His transitions are some of the best in MMA. He’s on the same level as Jon Jones. But I’m standing in his way now, and I’m happy to face him, and I believe I’m as complete a fighter as he is. I believe that by using my elbows, knees, takedown defense, and my jiu-jitsu, I’ll stay a step ahead of him and will be able to be the night’s winner.”

It will have been more than two years since Moraes last competed when he makes the walk against Johnson at Singapore Indoor Stadium. However, the reigning ONE champion remained active in the interim by helping his American Top Team training partners prepare for upcoming fights and is looking to put his name on the global map when he takes on one of the greatest pound-for-pound fighters of all time.

“It’s been over two years since I’ve been inside the ONE Championship cage,” Moraes said. “Due to some personal issues, the pandemic, and the flyweight tournament, I had no choice but to wait. Regardless, I’m very happy to have recaptured the belt, which, as I see it, should have never been taken from me. Now, that the UFC’s biggest flyweight star is part of ONE, it brings a lot more attention to us.

“It’s also a big challenge for me. Johnson is a legend. He’s very good in every area. He made history in the UFC, and in the MMA world at large. He’s one of the best fighters in the world. I’m truly excited and looking forward to facing him. I’m very thankful that he joined us. It’s possible I could have gone to the UFC, otherwise. I’m very thankful. He’s the kind of opponent I need to make my name on the international scene.”


Adriano Moraes: I’ll be a step ahead of Demetrious Johnson at ONE on TNT 1 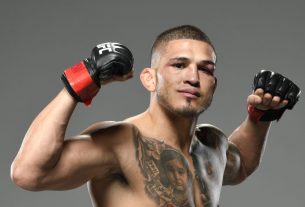