ONE Championship looks to leap into the American mainstream tonight (Weds., April 7, 2021) with a three-fight main card on TNT network, featuring some of the promotion’s most notable and entertaining fighters.

MMAmania.com will have LIVE coverage of tonight’s main card, which kicks off at 10 p.m. ET on TNT. We’ll also provide quick results of the undercard, which begins at 8:30 on B/R Live.

The undercard notably features Senegalese wrestling sensation Oumar “Reug Reug” Kane in a Frankenstein’d fight with kickboxer Patrick Schmid after both men lost their respective opponents at the last minute.

ONE on TNT Quick Results:

ONE on TNT Round-By-Round Updates:

For more on ONE’s upcoming schedule, including the latest on its TNT broadcasts, click here. 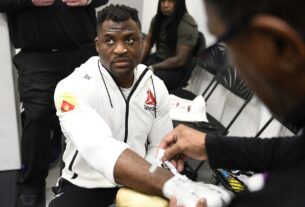