UFC Vegas 24 features seven “Prelims” undercard bouts this time, which we have split unevenly 4:3 for your convenience below …

Though he had to deal with a nearly three-year layoff in the middle, Poland’s Bartosz Fabinski (15-4) grappled his way to victory in his first three UFC appearances before running afoul of Michel Prazeres. He returned to the win column in March 2020 with a decision over Darren Stewart, only to tap to an Andre Muniz armbar 5.5 months later.

After an inconsistent start to his Octagon career, Gerald Meerschaert (31-14) appeared to finally find his footing in a 2-2 stretch that saw him upset Trevin Giles and Deron Winn while suffering questionable split decision losses to Kevin Holland and Eryk Anders. He soon hit a wall, however, suffering consecutive knockout losses to Ian Heinisch and Khamzat Chimaev in the span of three months.

He has submitted 23 professional opponents and knocked out another six.

Meerschaert’s recent losses have me more than a little concerned for his wellbeing. He’s historically been enormously difficult to knock out, as seen in the absolute artillery barrage Thiago Santos had to unleash to put him away, and seeing him get flatlined twice in two combined minutes has me thinking the end might be near.

Luckily for him, Fabinski doesn’t figure to test that chin. “The Butcher” only knows one way to fight, and that’s racking up as many double-legs as humanly possible within the allotted time limit. Meerschaert’s proven that messing around with him on the ground is a fool’s errand even if he’s on his back, and that Muniz loss suggests that Fabinski’s submission defense isn’t up to the task. In short, Meerschaert wraps up an arm sometime in the first five minutes.

Prediction: Meerschaert via first round submission

A 5-1 run marred only by a questionable loss to Sinead Kavanaugh carried Zarah Fairn (6-4) to UFC, where she joined the promotion’s anemic Featherweight division. “Infinite” failed to find success, suffering first-round stoppage losses to Megan Anderson and Felicia Spencer.

“Josi” enters the cage this Saturday having won six straight since a 2013 loss to future UFC contender Taila Santos. She last saw action in Nov. 2020, stopping unbeaten Quezia Zbonik in her native Brazil.

All but one of her professional victories have come inside the distance.

Some fights are hard to predict because both fighters present high-level skills that their opponents may or may not be able to deal with. Others, like this one, are hard because of mutual mediocrity. Nunes has some pop, but she’s extremely short for the division and lacks any sort of setups for her power shots outside of naked low kicks and the occasional jumping technique. Fairn is rangier and more experienced against capable opposition, but had little to offer her two Octagon foes.

In the end, I have more faith in Fairn’s ability to go three hard rounds than in Nunes,’ which is enough to get me leaning her way. In short, expect a competitive start before Fairn’s pressure steadily swings things in her favor.

After claiming titles in both King of the Cage and CES, Tony Gravely (20-6) punched his ticket to UFC with a one-sided stoppage of Ray Rodriguez on “Contender Series.” Though he fell short in a “Fight of the Night” debut against Brett Johns, he entered UFC’s win column 10 months later with a split decision over Geraldo de Freitas.

His 11 professional stoppage wins include eight by form of knockout.

Anthony Birchak (15-7) left UFC in 2016 on the heels of a split decision over Dileno Lopez, and though he lost his next three under the Rizin banner, he got back on track with a three-fight win streak. His efforts set up a late-notice UFC return against Gustavo Lopez, who choked out “El Toro” in the first round.

He steps in for Nate Maness on one month’s notice.

The big question here is whether Gravely’s cardio struggles against de Freitas were a one-off stumble or systematic of a larger problem. His wrestling is more than sufficient to ruthlessly exploit Birchak’s historically shaky takedown defense; if the gas tank’s there, he can grind Birchak into oblivion without issue. If it’s not, things could go south very quickly, as Birchak’s spotty record belies the sort of power and aggression that can violently sink an exhausted fighter.

Even with these reservations, Gravely’s game hypothetically counters Birchak’s so thoroughly that I can’t pick against him. He racks up his usual heap of takedowns to claim a wide decision.

In just his second fight under the LFA banner, Austin Hubbard (12-5) defied massive odds to knockout unbeaten Killys Mota and claim the promotion’s Lightweight title. The victory also earned him a spot in the Octagon, where he’s gone 2-3 over the span of two years.

“Thud” owns four professional wins by knockout and another three by submission.

Dakota Bush (8-2) started his professional career 4-0 before a 2-2 stretch saw him drop decisions to Bryce Logan and Jaleel Willis. He’s since righted the ship with a pair of first-round finishes, including a 57-second knockout of Austin Clem in Jan. 2021.

He steps in for the injured Natan Levy on less than a week’s notice.

The change in opponent doesn’t figure to trip up Hubbard too much, as both Bush and Levy are primarily wrestlers, but there is one key difference: Bush is ostensibly lesser overall. He’s definitely a weaker striker than Levy, whose kick onslaught presented far more of a threat than Bush’s basic rushes, and his struggles with Willis suggest that he’ll have serious issues imposing his wrestling.

While Hubbard’s had his fair share of issues trying to shut down dedicated takedown artists like Mark Madsen and Joe Solecki, he should be able to keep it standing here and really let his solid combination striking go. Even if Bush does find early success, the short notice and Hubbard’s top-notch gas tank mean that things will only get worse for him as the fight progresses. In the end, Hubbard wears him down for a late stoppage.

Remember that MMAmania.com will deliver LIVE round-by-round, blow-by-blow coverage of the entire UFC Vegas 24 fight card this weekend, starting with the ESPN+/ESPN2 “Prelims” matches, which are scheduled to begin at 7 p.m. ET, then the remaining main card balance on ESPN/ESPN+ at 10 p.m. ET.

To check out the latest and greatest UFC Vegas 24: “Whittaker vs. Gastelum” news and notes be sure to hit up our comprehensive event archive right here. 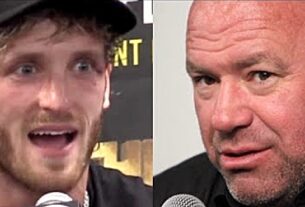 Daniel Pineda on Cub Swanson fight: “He will either knock my ass out or I will finish him”