Jon Jones is not stopping in his pursuit of a heavyweight title fight with current UFC champion Francis Ngannou. Despite the promotion already looking into a rematch between Ngannou and Derrick Lewis for later this year “Bones” remains confident that he can get a deal done with UFC and finally settle the beef over his heavyweight asking price.

Until Jones is able to work out the kinks with UFC and put a real contract together the MMA legend is left to pick his fight with Ngannou on social media. Ngannou, who is coming off a vicious knockout finish over Stipe Miocic at UFC 260 to win the heavyweight strap (highlights HERE), seems more than willing to engage. “Predator” is also hoping Jones and UFC fix their issues so the superfight can finally be booked.

Late Thursday, Jones jumped back on social media to take some more shots at Ngannou. Not only did “Bones” vow to run through the heavyweight division like he did at 205 pounds, but the former UFC champion is promising to bring the heavyweight strap back to America.

Remember, Ngannou hails from Cameroon and started his MMA career in France.

If you think you are going to run through America, you are wrong.

“If you think you are going to run through America, you are wrong.”

Ngannou, who is confident that he can become the first fighter to actually defeat Jones inside of the Octagon, offered a response Friday afternoon. The UFC heavyweight champion questioned the motivation of Jones, claiming that the former light heavyweight king has already lost.

I shouldn’t have to motivate you Jonny…if it’s not in you already you’ve already lost. I know my motivation https://t.co/YzPZgimlWR

“I shouldn’t have to motivate you Jonny…if it’s not in you already you’ve already lost. I know my motivation.”

These back-and-forth exchanges are always fun to track as both guys are eager to do battle, but none of this matters unless UFC sits down with Jones and works a deal out. Ngannou is ready to schedule his rematch with Lewis so if the promotion doesn’t act fast this growing feud between the scariest fighter in the world today and the best fighter of all-time will slowly start to fade. 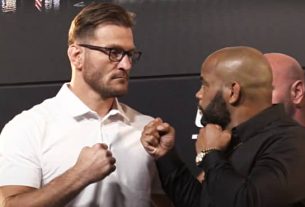 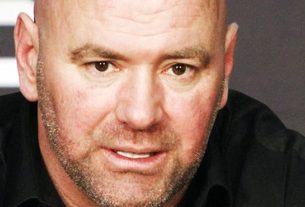