Dominick Reyes continued to shine as his UFC competition got stiffer.

Reyes faced fellow up-and-comer Jared Cannonier at UFC Fight Night 129 in May 2018, and it didn’t take him long to announce his arrival as a light heavyweight contender.

Both men came out aggressive, with Reyes throwing an array of kicks to the legs and body of Cannonier. Reyes shot for a single-leg takedown, but Cannonier defended well and made him pay with hard shots to the side of the head.

Cannonier started amping up the aggression, but it would cost him when he was clipped with a counter left uppercut by Reyes which wobbled him. Reyes poured it on with combinations before landing another short left uppercut which dropped Cannonier, forcing the referee to intervene and stop the fight at the 2:55 mark of Round 1.

Reyes would go on to claim three more wins, including a knockout of former champion Chris Weidman, which led to a title shot against then light heavyweight champ Jon Jones at UFC 247. Reyes took Jones to the brink, but the judges ultimately awarded Jones the fight, in what was a controversial decision. Reyes would get another crack at the title after Jones vacated his belt but failed in his quest when he was stopped by Jan Blachowicz in the second round at UFC 253.

Before he faces Prochazka, relive Reyes’ finish of Cannonier in the video above. 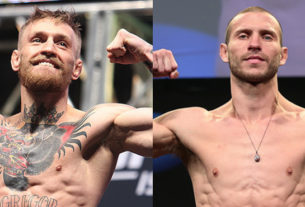 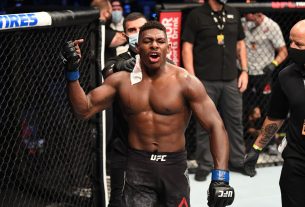