Leading U.K. promotion Cage Warriors is following through on its plan to venture into California.

The Daily Express, citing promotion president Graham Boylan, reported Tuesday that Cage Warriors 126 has been scheduled for August 1 in San Diego. The event will take place at open-air concert venue Humphrey’s By The Bay, with 500 fans allowed to attend and watch cageside.

Cage Warriors 126 is the first of what the promotion hopes will be multiple events held in the U.S. Boylan told the Express that San Diego will get a second event in 2021, with the plan to expand into other states in 2022.

No fights have been announced for Cage Warriors 126, but Boylan said the “matchmaking process is already underway.” 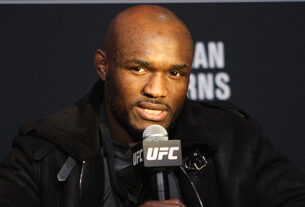 Kamaru Usman: ‘Nick Diaz would be a fun fight’