Triller On The Hunt For Illegal Paul Vs. Askren Streamers

With over 2 million illegal streams, Triller ‘lost’ a lot of money to piracy on their last event. Now they plan to recoup that by hunting down the pirates.

Who would have thought that there’d be a more hardcore combat sports promotion out there regarding piracy than the UFC? For years, the UFC has struck terror into the hearts of bars and hapless gym owners that dared show UFC PPVs without paying for the proper public exhibition license.

And then there’s UFC president Dana White, who has regularly threatened to come after hand picked pirate streamers and make their lives hell.

But other than a couple of people the UFC tried to make an example of, no large scale attempts to recoup money from pirates has been made by promoters … until now. Triller Fight Club, who brought us the unique Jake Paul vs. Ben Askren pay-per-view in April 2021, spent the first couple of weeks after their show bragging about the million plus pay-per-view buys they sold. Figures that many industry insiders have been unable to verify.

Now they’re coming after pirates, saying over 2 million illegal streams of the event were made. Those who don’t agree to go to Fite.TV and pay up before a lawsuit hits face $150,000 in damages.

“VPNs all have to comply and turn over the actual IP addresses of each person who stole the fight in discovery,” Triller’s head of piracy Matt St. Claire told Reuters. “We will be able to identify each and every person, VPN or not, as each stream has a unique fingerprint embedded in the content. Triller will pursue the full $150,000 penalty per person per instance for anyone who doesn’t do the right thing and pay before the deadline.”

Triller has already filed a lawsuit in the state of California against a number of websites and people. Some are in an attempt to extract IP addresses so they can come after streamers. Others are against well known YouTubers and critics of Jake Paul, like H3H3 Productions for merely saying they pirated the event. So this is getting Paul’s whole YouTuber influencer world in a tizzy too.

But then again, the law continues to change and in 2020 the Protecting Lawful Streaming Act was passed, potentially changing the methods Triller can go to get their pirated PPV bucks. We’ll keep you updated as this thing winds its way through the courts. 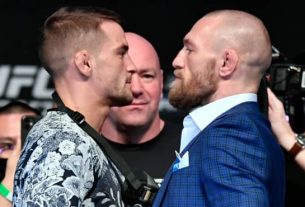