Dominick Reyes suffered quite a bit of damage in his knockout loss to Jiri Prochazka.

Reyes, who was on the receiving end of a spinning back elbow knockout by Prochazka in the second round of the UFC on ESPN 23 main event, will need his bilateral nasal bone fractures, right displaced orbital medial wall fracture, and left displaced orbital zygomatic arch fracture cleared by a doctor or he could be out for six months.

On Tuesday, MMA Junkie acquired a full list of the UFC on ESPN 23 medical suspensions handed out by the Nevada Athletic Commission from MixedMartialArts.com, the Association of Boxing Commission’s official recordkeeper.

Ion Cutelaba, who battled Dustin Jacoby to a split draw, needs a nasal X-ray and doctor clearance, or he, too, could be out for six months. Luana Pinheiro, who defeated Randa Markos via disqualification when she was struck with an upkick, is also looking at six months but not for the illegal blow. Pinheiro must have her left fourth finger avulsion of middle phalanx cleared by a doctor before she can resume to action. The fourth fighter facing potential a 180-day term is Andreas Michailidis, who must have an X-ray on his left hand.

The full list of UFC on ESPN 23 medical suspensions includes:

Ilia Topuria: UFC on ESPN 19 was a more accurate representation of my game than my debut 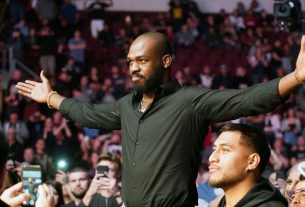